Drug Compounds are Designed To Battle against the Brain-eating Amoebae.

Brain-Amoebae can cause extremely dangerous kinds of encephalitis and much more than 95 percent of the people who acquire these rare but devastating infections are dead. Due to the high fatality rate, no specific effective treatment is currently available for fighting these pathogens, However; scientists have now developed some chemical compounds which show the potential effect at treatments in the laboratory, as per a report in ACS Chemical Neuroscience. 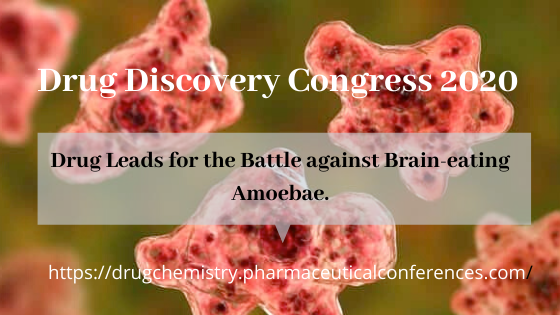 Naegleria fowleri and Balamuthia mandrillaris are two varieties of amoebae that trigger primary amoebic meningoencephalitis and encephalitis in granulomatous form. These are single-celled microorganisms that live in water and soil and that can enter the body through the nose or open wounds. Such pathogens can then spread to the central nervous system, whereby brain cells are killed. Patients are given high doses of many different antimicrobial agents in the very few cases that were successfully treated.

Such medications, nevertheless, are usually lacking in specificity and can have highly toxic effects. Ruqaiyyah Siddiqui and colleagues have turned to quinazolinones to make progress towards a new drug. Such compounds function against such a broad range of human targets, including bacteria, viruses, fungi, parasites, and cancer, but were never evaluated against brain-eating amoebae.

The scientists synthesized 34 new derivatives of quinazolinone and studied its effects on N. Fowleri, B. Mandrillaire. Most of the new compounds have also been successful in killing the micro-organisms and reducing the harm which pathogens in a Petri dish can do to human cells. Attaching silver nanoparticles to the derivatives in some cases enhanced the behavior. Chlorine, methyl, or methoxy groups have been the most effective compounds and their toxicity to human cells was low. The researchers claim that findings suggest that quinazolinones are great candidates for experiments in drug development.

Nanoscience and nanotechnology is the  application and development of incredibly tiny elements which can be used in all  fields of science, like chemistry, biology, physics, materials science, and engineering. 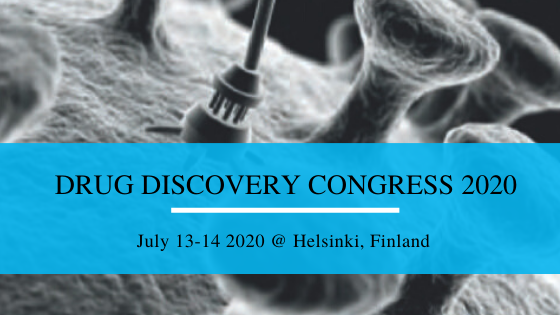 Use of nanotechnology in FDA-regulated products has been evolving from several years, including food, cosmetics, medical devices and medicine. Within the reach of the Center for Drug Evaluation and Research (CDER) of the FDA, the pharmaceutical products that contain nanomaterials have a great diversity.

The number of FDA approved pharmaceutical products containing nanomaterials has been increased, by covering  investigational new drugs, new medicine applications,  generics drug applications. Since the early 1970s more than 60 proposals have been approved and this interest is continuously  increasing.

Pharmaceutical products that contain nanomaterials are unique in several ways as they can undergo different chemical, physical, or biological properties compared to other drug types. In some cases, this may have an impact on the product's efficiency,  safety, or potency. Drug products containing nanomaterials can follow a different path in the body compared to a small molecule drug. After the entry of drugs developed by nanomaterials into the bloodstream, it gets interacted with specialized immune cells called macrophages that engulf and carry a drug to the region for which it was designed, like where bacteria, fungi or viruses live. For a small molecule, certain areas are often difficult to reach.

In addition, a pharmaceutical drug designed  by using  nanomaterial may have a unique "coating" that inhibits it from reacting with immune cells, enabling the drug to persist in the bloodstream for longer periods of time until it reaches cancer tissues. The ability to target body areas and avoid others will greatly lower the possibility of side effects, such as sensitivity to non-target tissues, and possibly improving treatment efficacy. For these benefits nanomaterials are most extensively used in cancer or infection care. Formulations like liposomes, nanocrystals and nano-emulsions are some of the most common types of pharmaceutical products that are approved with nanomaterials.

Research work to Address Challenges Related to Nanotechnology:
The Office of Testing and Analysis (OTR) at CDER's Office of Pharmaceutical Safety has been conducting a study for a century to better understand the manufacturing and quality problems associated with nanomaterial-containing pharmaceutical products with the purpose of providing organization guidance and legal review.
OTR outlines challenges involved with the development of new nanotechnology medicines and sets clear criteria to open the way for possible nanomaterial-containing generics to be authorized.

Recent research concentrate on recognizing the essential processes and material properties that can influence the quality, and understanding quality within the effectiveness and safety context. For example, if the manufacturing process is modified in some way, what will be the effect of this on product quality?

How stable is a nanomaterial like a liposome and how does the nature of it impact its stability? To what level can variations in manufacturing, such as changes in temperature or drying, affect particle size, body distribution and overall stability, be allowed? Producers must pick and execute the right quality control measures to monitor and account for any variability.
Posted by Drug Discovery Congress 2020 at 11:44 PM No comments:

What is Corona-viruses and its Drug Innovation


Coronaviruses (CoV) are a large family of viruses that can cause diseases varying from cold or flu to more serious diseases like Middle East Respiratory Syndrome (MERS-CoV) and Severe Acute Respiratory Syndrome (SARS-CoV) infections. A novel coronavirus (nCoV) is a new strain that was not previously found in humans.
Coronaviruses are zoonotic that implies they spread among humans and animals. from precise studies on the virus, it showed that SARS-CoV is being spread to humans from civet cats and MERS-CoV from dromedary camels to humans. A number of known coronaviruses are moving around the animals that have not so far infected humans.

Symptoms:
Popular infection signs include coughing, fever, breath shortness, and difficulty in swallowing. The disease can also rise to pneumonia, chronic lung disease, renal failure, and even demise.
Typical recommendations to avoid infection transmission comprise regular hand washing, wrapping mouth and nose when coughing and sneezing, careful cooking of meat and eggs. Avoid near contact with someone showing signs of respiratory disease such as coughing and sneezing.

Out-Break Of Coronavirus:
In spite of global efforts of encompassing the new-fangled coronavirus, hotspots are continuously emerging, and the sum of cases is on the rise. It's has been only a two-three month approximately the virus (SARS-CoV-2), made its first appearance in public at the seafood-and-live-animal market at Wuhan, China. Ever since, the virus has jumped borders, by infecting over 82,500 people and killed 2,810 around the world but as with all historical outbreaks, this one will ultimately come to an end.

How it is going to wrap up?
Specialists give one possibility of a wrap of the disease that will start reducing when adequate individuals grow immunity, whichever through infection or vaccination. An additional consequence is that the virus will last to circulate and establish itself as a common respiratory virus.

Coronavirus treatment:
The epidemic has catalyzed the development of novel experimental coronavirus vaccines by both pharmaceutical companies and research organizations such as the National Institutes of Health (NIH), USA. According to Xu Nanping, China's vice-minister of science and technology, The first Covid-19 the vaccine is expected to be ready for clinical trials in China by the end of April. China's National Medical Products Administration has approved the use of an anti-viral drug,  Favilavir as a coronavirus treatment. It is at a clinical trial stage involving 70 patients, the drug has reportedly shown efficacy in curing the disease with minimal side effects. The clinical trial takes place in the province of Shenzhen, Guangdong. 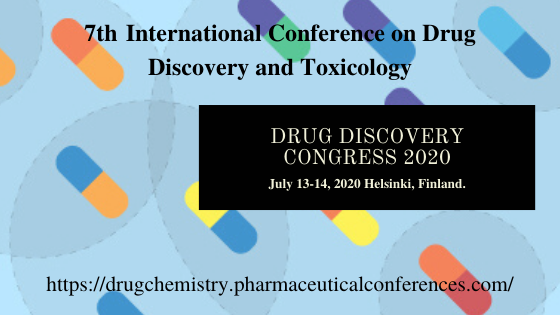 Drug discovery is a process of categorizing a   novel medicine or drug Medicinal chemistry, and pharmaceutics, Directors, and members of pharmaceuticals Companies.by an individual person  using diverse principles of science such as pharmacology, chemistry, and biology. In the past, the active pharmaceutical ingredient (API) was identified from accidental discoveries such as Penicillin. But currently, drug discovery is of identifying a lead component and its optimization. Drug development involves a sequence of steps for fetching out the newly identified drug into the market after its identification by a process of drug discovery.

Drug discovery consists of different stages, such a lead identification, product characterization, Formulation, Delivery, Packing, Preclinical trails and Clinical trails. IN Preclinical trails the scientist conducts an experimental test for  their identified new chemical entities (NCE) on animals such as rats, mice, dogs, and  monkeys  in a laboratory  This phase consists of all the factors which have to be there before using it on humans. In clinical trials or research, the test is done on humans who are both healthy and diseased. Its aim is to collect more data on the disease and its management. Medical devices are used for better patient compliance.

Biofilm disruption of Salmonella Typhimurium by a human antibody that binds a pan-amyloid epitope to curli.  These Bacterial biofilms which specifically those belonging to implanted medical devices, are hard to eradicate. Curli amyloid fibers are key components of the Enterobacteriaceae family formed by biofilms. The human monoclonal antibody with pan-amyloid-binding activity (mAb 3H3) can interrupt biofilms made by Salmonella Enterica Serovar Typhimurium in vitro and in vivo. The antibody interrupts the biofilm structure, and improve biofilm eradication by antibiotics and immune cells. Thus, monoclonal antibodies that bind to the pan-amyloid epitope will have the potentials to stop or eliminate the bacterial biofilms.

See more at -https://drugchemistry.pharmaceuticalconferences.com/
Posted by middleastconference at 4:18 AM No comments: